Select your desired FarmShare and complete the order form below. 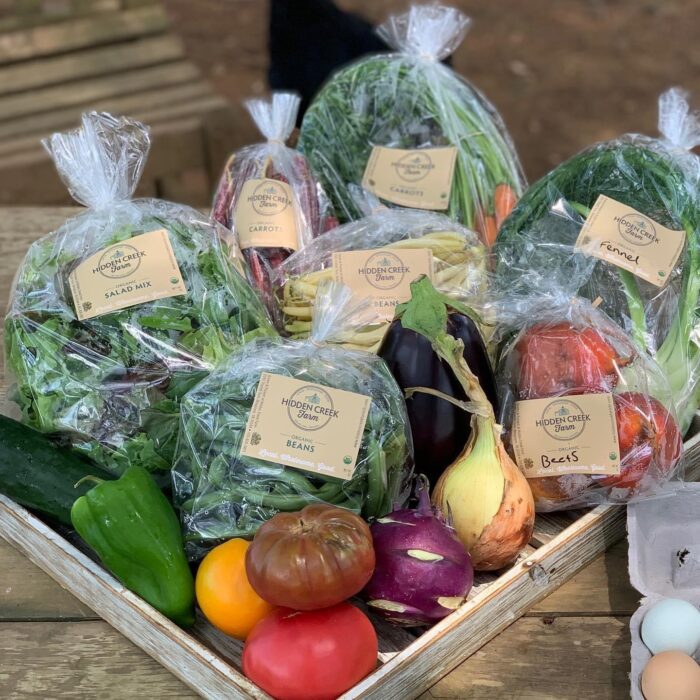 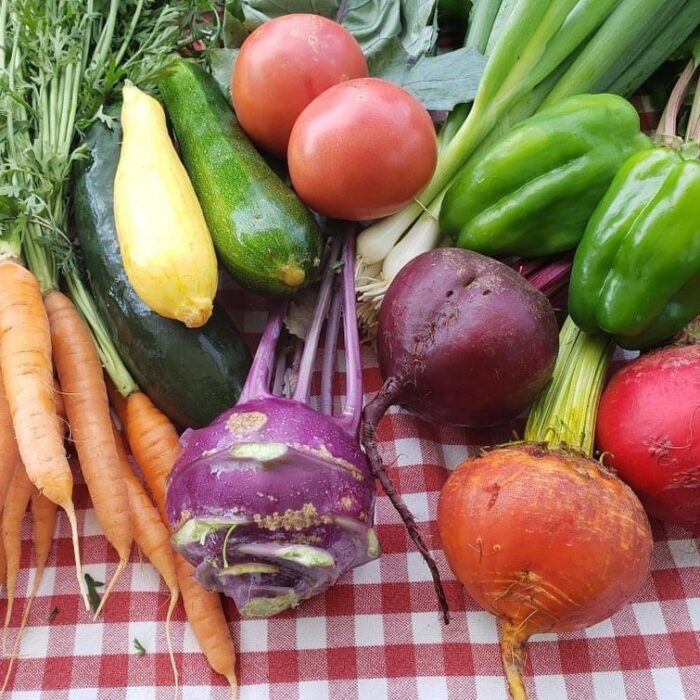 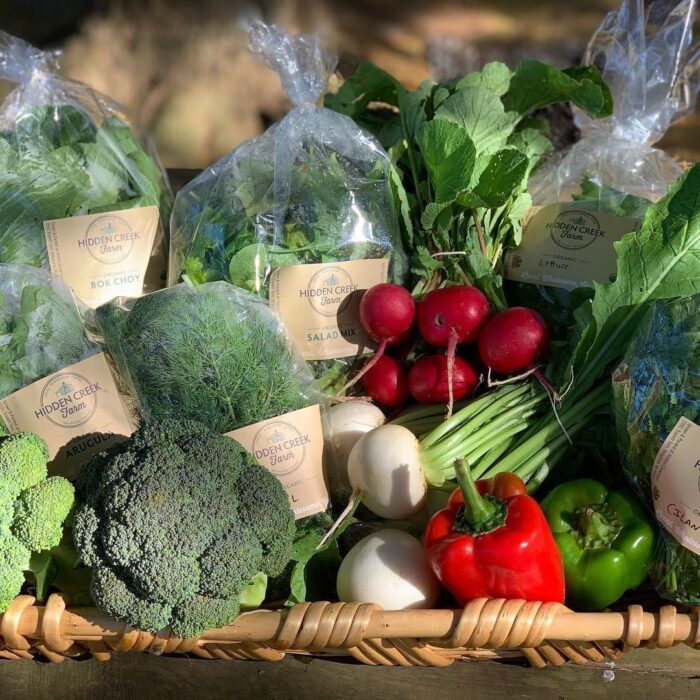 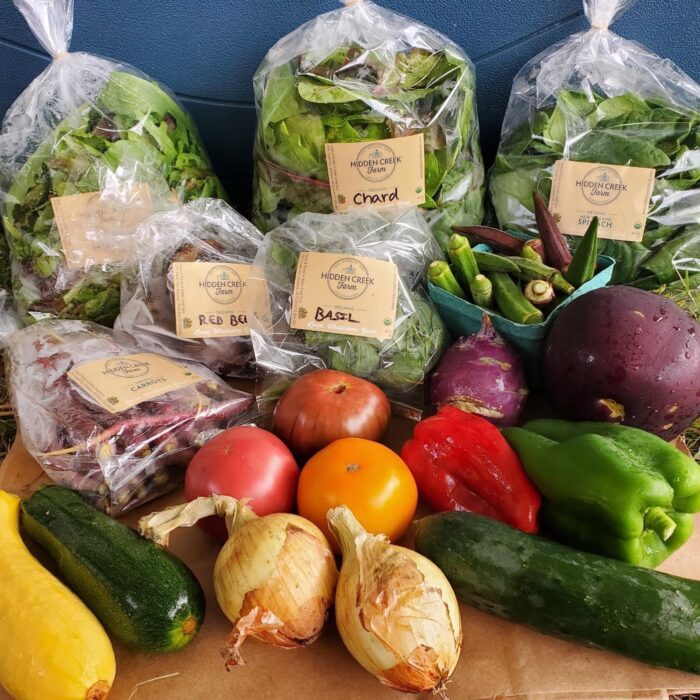 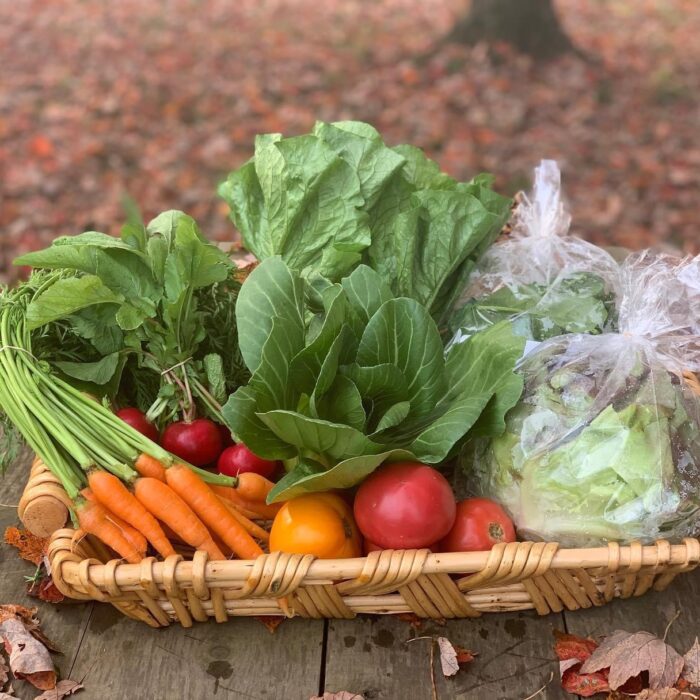 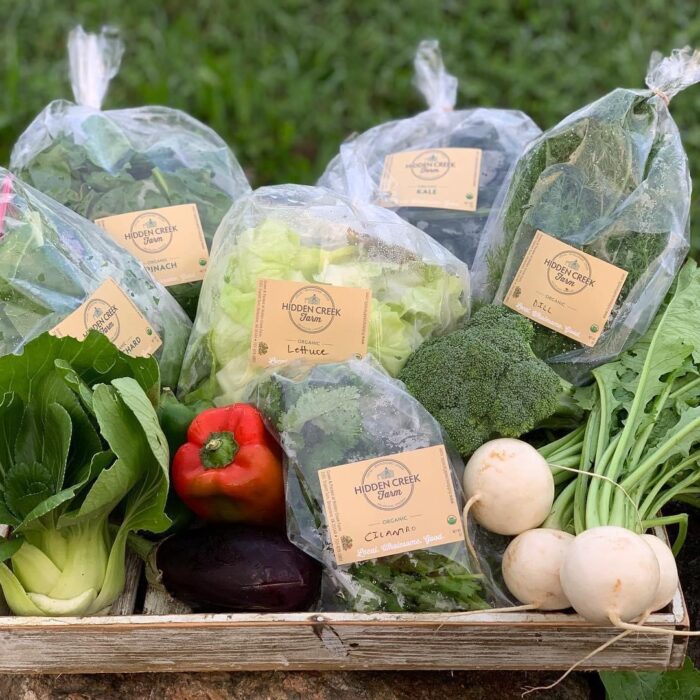 We offer both a family share (feeds 4-6) and a single/couple share (feeds 1-2) option. Our CSA lasts for 22-weeks starting late Spring and continuing through late Fall. The Summer CSA is allotted one skip week. What is a skip week? Each member can use a skip week in the event you are away for any reason and can't pick up your bag. If you need to use a skip week, call or email us by that Tuesday the week you will be skipping and we'll make a note not to harvest anything for you until you get back. Our harvests depend on what is ready in our garden at that point in the season. Your weekly harvest could include anything from salad mix, herbs, and carrots, to spring onions, ginger, and microgreens. We also have CSA add-ons of fresh eggs and cheese.

STAY TUNED - our online farm store is coming soon! In the meantime, be sure to email or call us about purchasing our pork, lamb, and beef products. 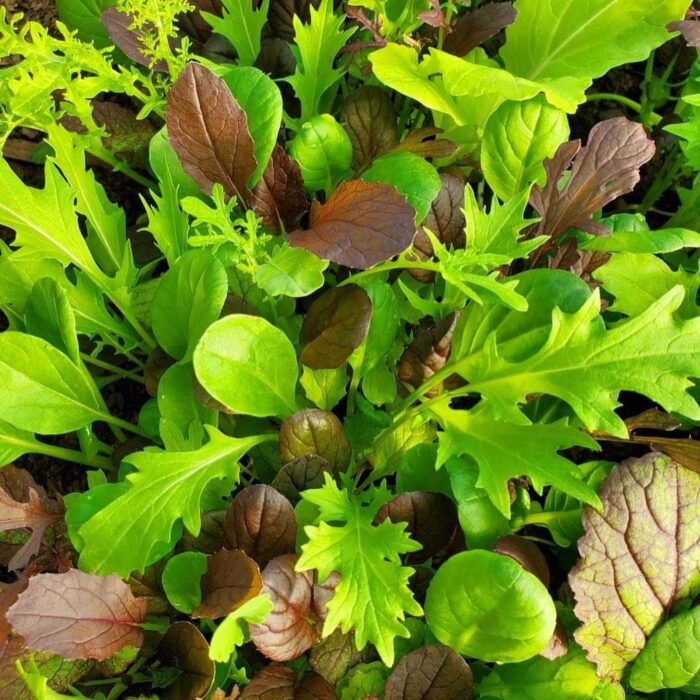 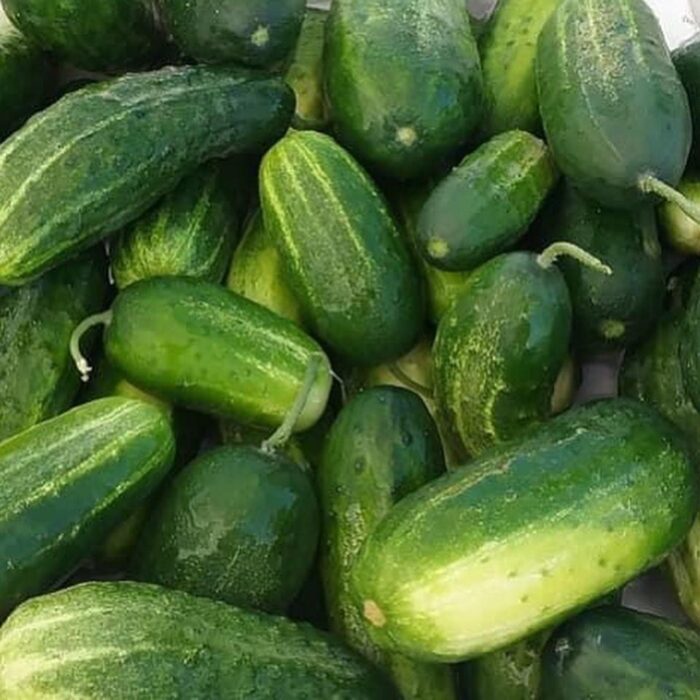 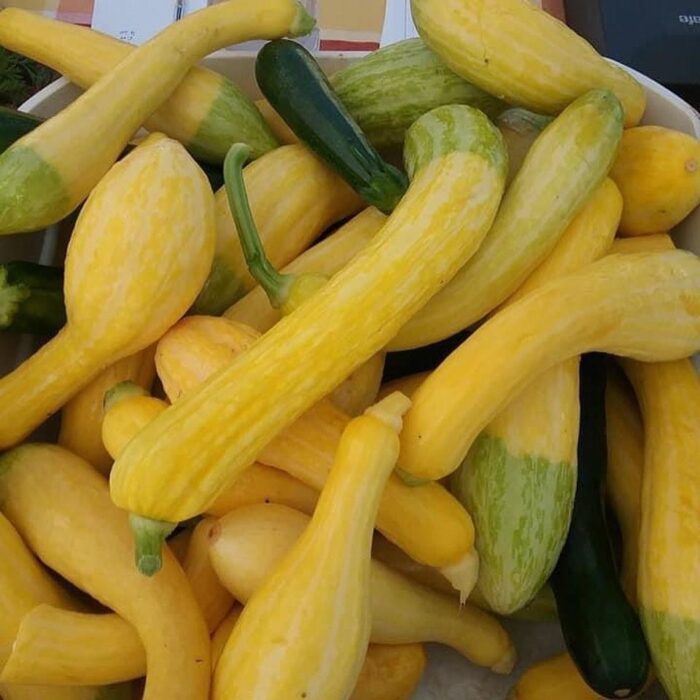 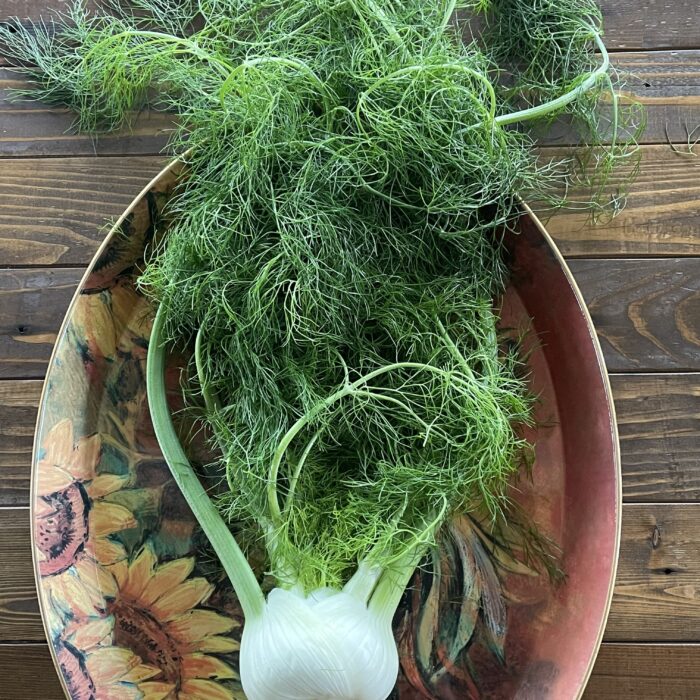 Find out more about how our CSA works:

What is a CSA FarmShare?

A CSA (Community Supported Agriculture) connects you, the consumer, directly to your local farmer. At Hidden Creek Farm, we are expanding your options. When you buy a CSA FarmShare of Hidden Creek Farm, you become a ‘shareholder’ of our farm for a particular period of time. The system is a win-win for both of us! We receive payment up front, which helps in our planning and farming process. You receive top-quality local products from our regenerative farm. This is the perfect way to make sure your personal ethical, philosophical, and health goals are aligned with where your food comes from.

In fact, the CSA is a direct partnership between you and us in building a real-time healthy and sustainable farm-to-table relationship while supporting conscientious farming practices.

Who is Hidden Creek Farm?

Hidden Creek Farm is dedicated to stewardship of the land and ALL the creatures on it, including wildlife. Our Team is wholly committed to exceptional care of our animals and produce, and to outstanding quality of product and customer service. Our 558 acres Organic and Humane Certified regenerative, diversified farm is located in the Crooked Run Valley of Fauquier County, less than an hour from Washington, D.C.
You can Like Us us on Facebook and follow us on Instagram @hiddencreekfarmllc.

What do you offer?

Hidden Creek Farm offers both a Family Share option and a Singles/Couple Share option for 22-weeks starting the week of June 1, 2022 and ending October 29, 2022 (or November 12, 2022 if you need to skip a week or two). What is a skip week? Each CSA member is allowed up to two skip weeks in case you're away on vacation and can't pick up your bag. If you need to use a skip week, just email us at customercare@hiddencreekfarmllc.com before your drop off day and we'll make a note not to harvest anything for you until you get back.

Why should that matter to me and my loved ones?

At Hidden Creek Farm your health, your satisfaction, and the quality of our products are front and center.

Our CSA program ensures that you:

What is included in a CSA?

An early summer bag might include: salad mix, carrots, kale, spring onions, spinach, beets, radishes, turnips, microgreens, and parsley. The following weeks might bring: beans, snap peas, broccoli, cabbage, bok choy, and okra. Later summer bags might include some of the previous items, as well as: peppers, tomatoes, corn, cantaloupe, cucumbers, squash, and watermelon. Fall bags might contain many of the same veggies as in early summer and could also have fall squash and pumpkin.

As a CSA member, you will receive weekly emails reminders of your Pick Up time. Emails will include any announcements for exclusive offerings on the farm, such as additional special seasonal items for purchase. Please watch out for these emails as they will contain important information regarding your CSA! We want to be sure our customers stay in the loop.

Email us at customercare@hiddencreekfarmllc.com to let us know your Sign-Up Form is in the mail and to check availability of CSA FarmShare and pick your Lamb Snuggle date!